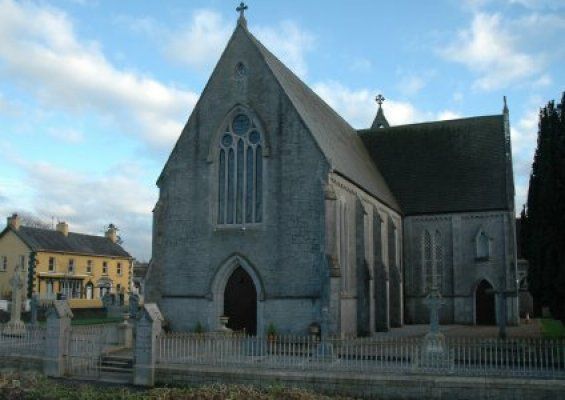 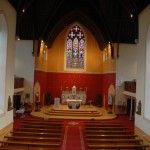 Castleconnell is known as the ‘Island Parish’ in the Diocese of Killaloe. It is bordered on one side by the river Shannon and on the other sides by the Diocese of Limerick and the Archdiocese of Cashel. It is the only part of Co. Limerick in the so-called ‘Clare’ diocese of Killaloe. The reason for this dates from the twelfth century, and the establishment of the diocesan system in Ireland at the Synod of Rathbresail. The O’Briens, a powerful Dal Cais family at the time, insisted that Castleconnell should remain in the Killaloe diocese as they owned a fortress at Castleconnell – a fortress they were keen to hang on to.

Castleconnell’s name in Irish is Caisleán Ui gConnaing, which actually means Gunning’s Castle, because the Dal Cais Gunning family had built the original riverside castle over a thousand years ago. The name was later anglicised to Castleconnell, by which name the village and parish are still known today.

The castle, the ruins of which remain today on the western outskirts of the village, was built on a rock outcrop overlooking the bend of the river. It was destroyed in a siege by the army of General Ginkel, fighting in support of the Army of William of Orange at the end of the 17th century.

The present Edwardian village with its triangular street pattern is dominated by the Gothic structure of Saint Joseph’s Catholic Church. A mass house had been situated not far from the centre of the village at Chapel Hill but by the 1840s it was in a neglected and dilapidated condition. The parish priest of the time was a Macroom man by the name of Fr Pat Hennessy. He took on the mammoth task of building a new church a mere ten years after the Great Famine. It was a massive undertaking but he did it with indomitable zeal and the new church, now clear of scaffolding and trappings, was unveiled in all its majestic splendour and consecrated on the 9th of August 1863. It must then have indeed been a most impressive sight, towering over the village scene, dwarfing even the most imposing buildings and business houses around it. With its flawless stonework, its beautifully executed Gothic arches and the sheerness of the high pitched slated roof, this splendid edifice, strong in stone and tasteful in design, was to be a symbol of the faith of a people. It was, and remains, a fitting place of worship and a great manifestation of faith.

At the end of the 17th century, the medieval names of Stradbally and Killeenagariffe were superseded by the parish names of Castleconnell and Ahane respectively.